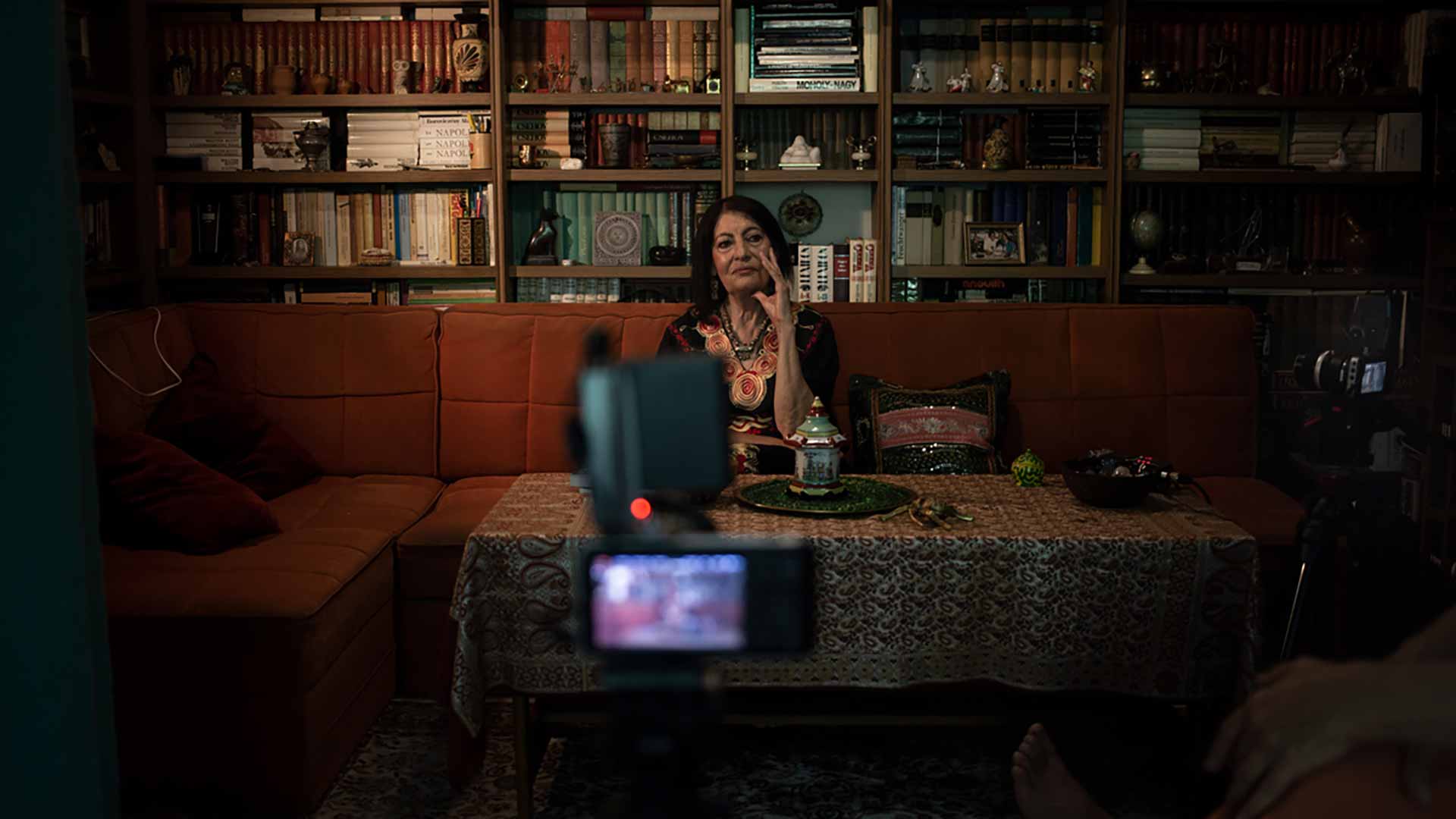 The short-movie was realised with the production of Ponte di Archimede Produzioni and Biblioteca Arkès within the crowdfunding campaign activities to publish the first Italian edition of the book “Le fave di Babilonia” (The Beans of Babylon) by the Iraqi writer Itikal Al Taii.

From a boat on the Danube or from her living room, the author shares the reasons that started her need to collect her memories in a book.

“Those are short sketches, similar to a sculpture's drafts, that outline a memory, witnessing not only the still vivid and bleeding fate of those who experienced it firsthand, but also the hard life of a nation, the Iraqi people, bent and humiliated by dictatorship, internal wars and occupation.”

Genny Petrotta born in Palermo in 1990.

She achieved a BA in Performing Arts at D.A.M.S. - University of Palermo. In 2011 she worked as Assistant Director for the movie "Interno Giorno" by Tommaso Rossellini (2011). In 2014 she worked as Video Operator for the awards winner movie "Belluscone, una storia siciliana" by Franco Maresco (2014): Grand Jury Prize at “Orizzonti" section at Venice Film Festival and David di Donatello winner; in the same year she worked as Videographer for the movie “Jean Luc Nancy on dance“ by Giovanni Tusa and Paola Nicita, screened at the Dance section of Venice Film Festival.

She directed three music video for the composer Go-Dratta and, together with Emilio Orofino, the trilogy “LUX” (2015) produced by Il Pavone, the artistic collective she's been a member of since 2013 and with whom she is still producing video installations for contemporary art events. In 2016 she worked for Dok Mobile as Assistant Editor for the documentary "Digitalcurry". In the same year she took part in the Inumani Art Festival (Castell'Umberto, IT) with the video-installation "Carousel" and in the Visioni Notturne Festival (Gibellina, IT) with the video "Marvelous Winter" also screened at the Future Landscape Festival (Venezia, IT).

She graduated in Sculpture from the Academy of Fine Arts in Bagdad.

In the Seventies she has been entrusted with the direction of the TV show “Cinema and People”, where show business personalities - not only known in the Arabic world, but also in the international scene such as Roberto Rossellini, Ettore Scola and Vanessa Redgrave - were invited.

The wit, together with the extensive culture and charme of the anchorwoman credited immediately the TV show with a high share level and, at the same time, the interest of the “Ba‘th” political party that tried in vain to hire her. Saddam Hussein himself, used to afford all the women he wanted, was fascinated by her. For her the air became unbreathable: she risked to be arrested each passing day, her name was now on the blacklist. So she took the first plane to Hungary, destination Budapest. Here she studied Hungarian, graduating in Film Criticism from the Hungarian Cinema Academy. However, over the years, she developed a need for clarity inside and outside herself that finally pushed her to write.

As the Iraqi political situation changed, in 2004 she got back to her country where she received a warm welcome. Despite the deep wounds inflicted by history, she hadn't been forgotten.